For Smallholder Farmers, Tenure Makes a Crucial Difference in Livelihoods 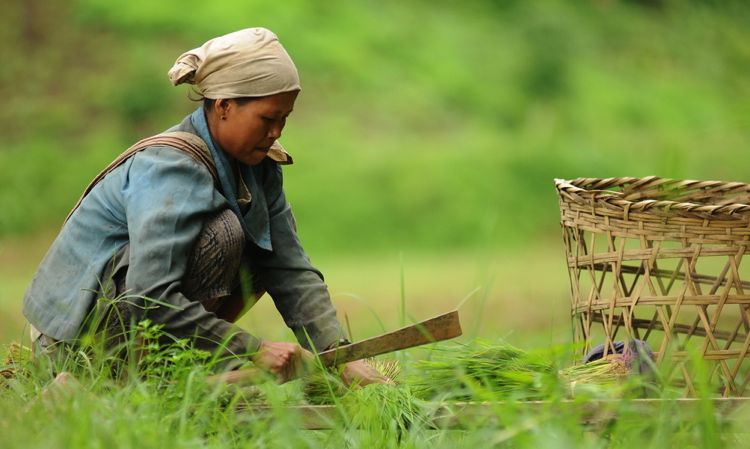 Millions of smallholders contribute to food security in ways that promote biodiversity and enhance natural resources, yet millions more lead livelihoods that are vulnerable to hunger and poverty. No single reason exists for such a stark contrast and differences in access to credit, insurance, inputs, markets, and technical assistance. For many smallholders, their tenure makes a crucial difference to their livelihoods: their food security is linked to their tenure security.

Tenure is how people gain access to land and other natural resources. Tenure systems define who can use which resources, for how long, and under what conditions. They typically reflect the power structure in society: people who are marginalized regarding tenure are also likely to experience discrimination in general, for example, because of their gender, race, ethnicity, or religion. The differences in political status can make it difficult for people with insecure tenure to take action to improve their situation.

Tenure insecurity is a fact of life for many smallholders around the world. They risk losing their farms when their tenure rights are insecure. In large parts of Africa, farmers use land through customary rights that are recognized within their communities, but where these rights are not legally recognized and protected, the land may be considered vacant and available for allocation to others. Recent demands for land for large-scale agricultural production have been widely reported as promoting land grabbing. Providing legal recognition of customary rights is a vital step to increasing the tenure security to millions of smallholders. Reforms have been introduced in a number of countries including Botswana, Mauritania, Mozambique, Namibia, South Africa, Tanzania, and Uganda.

Women make essential contributions to food production in developing countries but their tenure rights are often less secure, more limited, or acquired through others. Discrimination in laws and customs has been common. Women may often obtain tenure rights through males and these rights could be vulnerable to the death of the male relative or husband. Strengthening tenure rights of women has a direct impact on farm productivity and has been an important means to raising their status, influence, and socio-economic well-being.

Increased tenure security provides an incentive for smallholders to make investments and introduce conservation measures. Where credit is available, smallholders with secure tenure may be more likely to receive loans than those with insecure tenure. While tenure insecurity and weak tenure rights can be a greater limitation to productivity than the size of a smallholding, some farmers are constrained by the small size of their holdings. Opportunities to acquire additional land can be provided through reforms that range from improved access to lease and sale markets to the reallocation of publicly-owned land to targeted beneficiaries.

Tenure security and increased access to land through markets should be facilitated through land administration institutions, such as land registries, but too often tenure insecurity flourishes where there are corrupt practices and complex, expensive procedures. Many tenure problems arise because of weak governance and attempts to address tenure problems are affected by the quality of governance. Reforming tenure administration is difficult but countries as diverse as Kyrgyz Republic, Georgia, and Rwanda have increased tenure security by simplifying procedures, lowering costs, and making the customer the focus of the operations.

The problems of tenure and its governance, and awareness that solutions exist, led to a new international standard: the Voluntary Guidelines on the Responsible Governance of Tenure of Land, Fisheries and Forests in the Context of National Food Security. These Guidelines draw on an international consultative process led by the U.N. Food and Agriculture Organization (FAO), and were finalized by the Committee on World Food Security (CFS) through intergovernmental negotiations with the participation of civil society, private sector, and research organizations. CFS endorsed the Guidelines in May 2012 and their implementation has been encouraged by the U.N. General Assembly, the G20, the Francophone Assembly of Parliamentarians, and the Berlin Summits of Agricultural Ministers.

The Guidelines set out internationally accepted principles and practices for the responsible governance of tenure. Their overarching goal is to achieve food security for all, and they place particular emphasis on vulnerable and marginalized people. FAO’s Director-General José Graziano da Silva recognized the finalization of the Guidelines as a “milestone achievement,” adding: “the Voluntary Guidelines will play an important part in answering the challenge of ending hunger and assuring food security of every child, woman, and man in an economically, socially, and environmentally sustainable way.”

FAO is assisting countries to improve their governance of tenure through reforms consistent with the Guidelines. Civil society organizations, including ActionAid, Fian, and Oxfam, are using the Guidelines in their programs to help farmers and others assert and defend their tenure rights. Companies such as Nestlé, Cargill, Coca-Cola, and PepsiCo have committed to using the Guidelines so that millions of farmers around the world with whom they partner can enjoy tenure security.

Secure tenure rights protect poor rural families from displacement and provide the basis for sustainable family farming. Governments, civil society, the private sector, and U.N. agencies, such as FAO, are strengthening partnerships to use the Guidelines to improve tenure security for smallholders around the world.