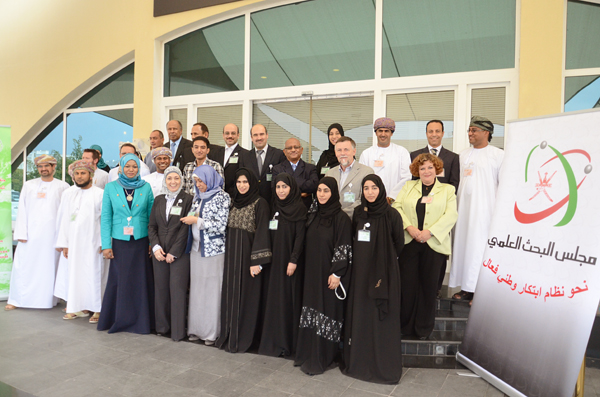 Under its work program stream on promoting agrobiodiversity, GFAR has supported through AARINENA the work of a small group of expert lead by Dr. Mohammed Zehni (Libya) with technical support from Bioversity International and ICARDA, which helped to revamp the plant genetic resources network for the Near-East and North Africa region over the last two years. Dr. Harry Palmier, GFAR Secretariat senior partnerships expert, was a member of this working group which formulated the new strategy for the conservation and utilization of plant genetic resources for the region that was endorsed by the AARINENA General Assembly in Kuwait (November 2011).
The AARINENA Plant Genetic Resources Network (NENA-PGRN) organized in Muscat, Oman (February 18-20, 2013) a workshop between members of its Governing Board, the most active countries in the network (Egypt, Jordan, Iran, Oman, Saudi Arabia, Sudan) and international partners, to discuss the implementation of the network strategy. Harry Palmier represented the GFAR Secretariat at the workshop.
The core objective of the workshop was to discuss the Network Plan of action for 2013-2015. The workshop recognized the urgency to raise awareness and increase the visibility of the network initiatives in the region, recommending that letters be sent to policy makers in the twenty seven member countries as well as the Arab League which has recently shown interest in this domain. This will be done under the responsibility of the Executive Secretary of AARINENA and the Coordinator of the NENA-PGRN. It was decided to build on the strongest national programs and concentrate the network activities on a small number of priorities related to Information Management, the organization of capacity building and training programs, including on how to access the ITPGRFA Benefit sharing Fund. With support from the network coordinator, identified lead stakeholders will draft concept notes  that will be used for attracting investors interest in preserving and using the region biodiversity. A  fund raising campaign orchestrated by AARINENA will include Gulf countries and the Sultanate of Oman which is currently investing an impressive amount of efforts in establishing an Animal and Plant Genetic Resources Center.
The workshop offered an opportunity for the GFAR Secretariat representative and the new Executive Secretary of AARINENA to clarify the role of GFAR with AARINENA in the implementation of the NENA-PGRN strategy. A call was also made for receiving comments from the different constituencies on the recently-disseminated report of the external review of GFAR governance which is to be discussed by the GFAR Steering Committee by the end of April 2013.