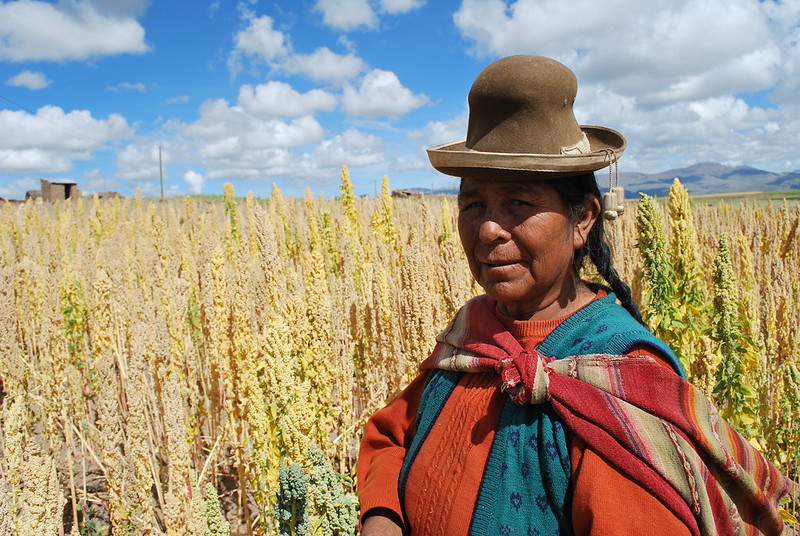 Partners in GFAR to meet under the auspices of the MS Swaminathan Research Foundation to take forward the next phase of the Collective Action on Forgotten Foods.

According to the Food and Agriculture Organization of the United Nations, 75 percent of the world’s caloric intake comes from just 12 plant and five animal species. Of those plant species, only three—wheat, maize and rice-account for more than half of the world’s plant-based food. Can continuing to ramp up production of the same few crops be the best path for our global agri-food system? What are the consequences for the health of people and planet? What opportunities for increasing global agrobiodiversity are we overlooking?

“Forgotten foods” – whether called neglected and underutilized species, indigenous foods, orphan crops or future foods - have immense cultural and consumer significance. They provide nutritious and healthy foods for local communities, and resilience to changing weather patterns, climate change, pests and diseases, thanks to their inherent robustness. What’s more, they constitute rich diversity in agro-ecosystems and landscapes, and protect farmers’ livelihoods by giving them a greater number of species to choose from when rotating their crops.

While thousands of crop species have been conserved and improved by farmers for centuries, most remain neglected, under-resourced, and underutilized in the broader global food system, and their knowledge systems disregarded. As a consequence, their use has declined over time due to negative social perceptions, pervasive impact of policies, lack of interest from research institutions, limited awareness of their value among consumers and challenges in establishing markets and end-uses.

However, to have a real impact we need collective actions on forgotten foods at global, regional, national and local levels that increase awareness of their economic, nutritional, environmental and cultural value. We need to make forgotten foods accessible and appealing, empower farmers in the change process, and educate consumers to realize their benefits. We have to encourage scientists and the media to promote and optimize their value, and set up policy and legal frameworks to ensure their conservation and sustainable use.

Partners in GFAR working in the area of forgotten foods believe there is a need for a model for sustainable agricultural production—a model that puts the health of humanity and the planet at the heart of the global agri-food system. Crucially, farmers themselves must drive the needed transformation as the main agents of change, with agricultural diversification as the focus for innovation. Farming communities need to be the recognized custodians of knowledge, agents of change and partners for innovative practices and products to make transformation sustainable. They must also be empowered to derive fair returns to guarantee them long-term success and livelihoods.

GFAR is embarking on a Collective Action on Forgotten Foods with concerned partners whose overarching goal is to contribute to eradicating poverty in all its forms through the promotion and wider use of forgotten foods, within just such a reimagined model.

Following on earlier formulation of the Collective Action on Forgotten Foods within GFAR’s Key Focus Area on Empowering Farmers at the Centre of Innovation, concerned Partners in GFAR met as a “Manifesto Group” in November 2018 in Bonn, Germany at the offices of the German Federal Office of Agriculture and Food (BLE). During 2019, members of the Manifesto Group held face-to-face meetings focused specifically on the role of forgotten foods as sources of community knowledge and innovation.

In November 2019, the Manifesto Group, comprising representatives from Bioversity International, Crops For the Future Research Centre, Lexicon of Sustainability, and the GFAR Secretariat, as well as representatives of key stakeholder groups, including farmers’ organizations, processors and consumers, will be meeting under the auspices of the MS Swaminathan Research Foundation in Chennai, India. The task of the group will be to identify how existing resources, research and knowledge systems can be used to provide `tool kits’ to support farmer-led innovations on forgotten foods in an era of climate change.

The output of the meeting will be a coherent and actionable draft Manifesto for Forgotten Foods owned by major farmers’ organizations to be considered by the wider community of stakeholders as a basis for global actions linked to local initiatives. The Manifesto will provide a framework of shared values, operational principles and concrete strategies that helps smallholders to localize actions and policies within their own communities and countries. In this way, the Manifesto will provide a public declaration of intentions to rapidly accelerate the wider adoption of more biodiverse food systems.

The next step will be to organize a workshop of key stakeholders that includes representatives from across the whole value chain involved with forgotten foods. Through this wider engagement, stakeholders will review and agree to the Manifesto and establish a Community of Practice for Forgotten Foods. Its outputs will be agreed actions, deliverables and timelines for a draft Global Plan of Action for Forgotten Foods.

Using the agreed Manifesto and draft Plan of Action, the CoP will then initiate a global engagement with stakeholders and potential sponsors involved with forgotten foods. Using GFAR’s global network, the CoP will employ a range of methods including webinars, meetings and surveys to finalise the Global Plan of Action for Forgotten Foods. The German Federal Office of Agriculture and Food (BLE) is providing funding to support the meetings and actions needed to formulate the Manifesto, establish the Community of Practice and set out the Global Plan of Action. This global engagement will then be advanced in subsequent years through GFAR.

Read more about the importance of Forgotten Foods in this blog post.